How To Generate Professional Referrals 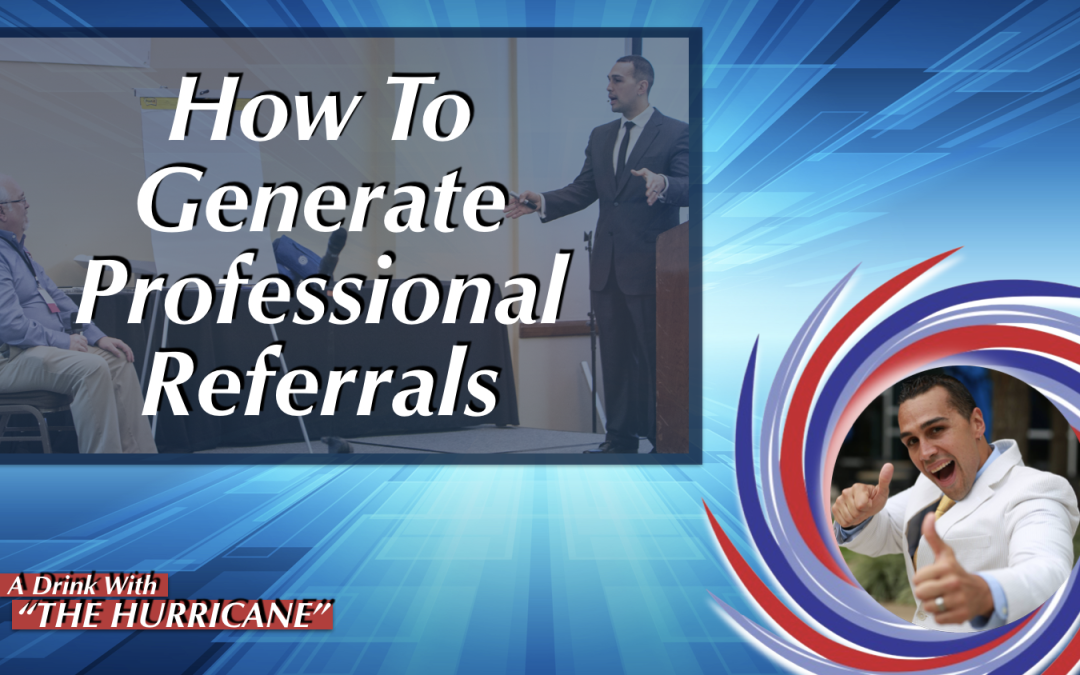 How many of you are not getting professional referrals right now? At The San Antonio Boot Camp – 40% of the room raised their hands. In this clip, Steve talks about key reasons why you are not and some tips that will help you start…

Here’s your first goal here when it comes to this ’cause everything is about power partners. How can we take people that we already have a good working relationship with, leverage that relationship to piggyback it into places that we can’t get into or places where we don’t have any connections or contact. So let’s start off with the first quarter. Don’t not a know fiscal, I’m gonna say the next quarter, which is really like the second quarter.

So we’ll just say Q1 of the twelve month period. First thing we wanna do is seek your chamber. Now what I like about chambers is a lot of chambers are hit and miss. I don’t necessarily recommend joining a chamber unless someone knows the bodies in the chamber, like what business entities are in there. There fact that there’s 1,500 business represented, I can guarantee some of the chambers that you’re a part of are gonna have health care entities present.

Every chamber that he’s a part of has health care entities. That’s our starting point. All right, so when we’re going in there we’re gonna find that from the chamber. We wanna find out an start off with those power partner entities. So you are a private duty correct? All right, so he’s private duty. So who should he seek out at this chamber for the three-legged stool?

Hospice and home health. So that’s two business types. Guarantee there’s at least four or five of each of those in the chambers that you are a part of. So that’s huge, because if you’re already in the chamber, you already have a foot in the door. Find out when they’re there. How often does your chamber meet? Every two weeks, a month?

It will be different events. Some do after hours, some do morning. So we kind of parcel it out so that we go to each chamber. At least once a month. Some are two a month, but it’s a good event.

So then as you’re going to these events, make it your business, as a goal for you and everybody else, when you go to a networking event, you go to a chamber event you need to speak to five people for five minutes and you need to book a meeting from a meeting with two people to talk for business afterward. That’s why I’m giving you this as a goal for the entire quarter, because you’re going through that power partner process, that’s gonna get you with your hospice, with your home health. You’ll probably get a couple of potential power partners just from going to those meetings. Have that cup of coffee, do those tit for tat lunch and learns. By the end of the next three months, you should start to get referrals coming in from your hospice and your home health.

We’ve always done the first two. We’ve never booked the meeting from the meeting. I’ll get the network link. We meet with ’em maybe through, but then again, when you go with the email, or you tend to drift apart. So yeah that, I picked that up yesterday right away. Make the meeting at the meeting.

And it’s interesting ’cause that, the reason why I say the bam faming with everybody on this, is because that’s exactly it. For those of you who haven’t started marketing yet. We call people, we email them, and they don’t ever follow up. I see ’em at the meetings. I’m trying to set something up. Do it on the spot. It’s very, face to face in the moment when they talking to you, it sounds like a good idea, let’s do this, let’s get the appointment and if we’re doing this with several folks. Yeah, some people will blow us off, but some people won’t and those are the people we move forward with, with confidence.

I’m gonna share some numbers here at the very bottom. It’ll take you the end of the quarter to start getting referrals from each of these, but let’s say you get two hospices and two home healths to refer you 12 a piece. That’s 25 from home health, 25 from hospice, that’s 50 clients over 12 months time. This is not a big number.

Let me say that again. Two hospices, two home health, 12 clients a piece, putting this in perspective, that’s one client a month. That’s all the expectations that we’re looking for here, but from four of them that’s gonna give you 50 clients, in the next 12 months.

50 clients, just using some average, rough numbers, here, say 30, 40 hours per week per client. You’re doing live in, which is even higher than that. That’s gonna generate close to half a million dollars in revenue just from getting your power partners to refer you.

To learn more about creating power partners, join us at The Hurricane Boot Camp! 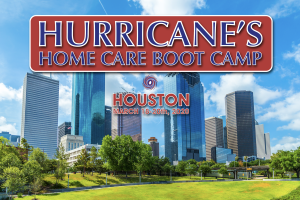